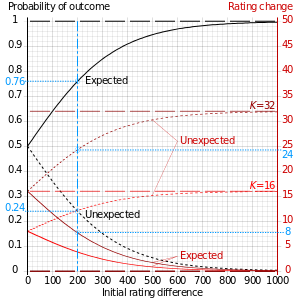 Last Friday he won the Grand Slam Chess tournament in China in what surely is the achievement of the year for Norwegian sports. Today he is with us, please, welcome Magnus Carlsen … The applause is very well deserved, welcome, and congratulations.
Thank you.
So tell me, what is it like to be 18, travel to China, blow some old timers off the board, grab a million, and head back home?
It might have been more gratifying had I done it in Norway.
You are charmingly modest.
No, seriously, it's been fun. I hadn't expected this. I had hoped to win the tournament, but to win it like this was beyond all expectations.
What about the way you won did you enjoy the most?
Well, my game was very tight, I scored really well. I won comfortably. Everything came together for me.
It's been scientifically proven you are extremly good. Most people can only claim excellence, but in your case there is now a scientific proof. Someone has figured out that it has been ten years since chess was played as brilliantly as in China. You are also the youngest player to ever reach 2800. Are there any records left?
Yes, there are many records left, such as the youngest world champion ever.
You are well on schedule. I think there is no arguing for that.
Perhaps, but I do not think about it too much. I actually stay focused on becoming the world champion, rather than when.
I agree completely, though woudn't it be fun when it happens, say next year? Oh, I won't pressure you. How much of your progress you have made recently is due to your work with Kasparov?
He has had a major influence on me. But let me stress that I started workinng at the beginning of the year, with no immediate results. But now that it is public, my opponents might be worried that I will play his openings, employ his style. Not only they'd have to fear me, they'd have to fear him as well.
That's clever, you are getting help from some tag team player, who is not really playing at all.
Yeah, announcing I am working with Kasparov can be nearly as effective as working with him.
So, you are collaborating and you had some sort of a chess camp in Russia and Croatia for a few weeks. Here is a picture: To me it looks more like a LAN party with some dude who is slightly too old. Like, don't go at home with the guy in the tank top. Do you teach something Kasparov while you are working together?

Our playing styles are very different, so there is a lot I can teach him. At the same time he has much to offer.
Do you argue at all?
Well, we play blitz sometimes, for practice. Neither of us (he especially) likes to lose the games.
But you beat him?
We are fairly even. There are many interesting games.
Again you are very modest. You could say, "Shut up old man, I am younger and better."... You gave an incredible performance in China, but there is one thing I have been pondering, your outfit. You played in a kimono. Was it mandatory?
We had to show up in - perhaps I should not say this word - costumes. But since we had to wear Chinese clothing, I thought I would go all the way.It is also a scientific fact that it is a good idea to wear red. For example in wrestling the red player tends to defeat the blue player.
The opponent sees red like a bull and becomes enraged? Or since red is the color of love, the players over the board might get amorous? Something you should keep an eye out for. Those guys are a bunch of old pigs! ... Are there rules of what you can wear? Or you can show up in some psychadellic t-shirt, covereg in confusing circles where the other guy gets a headache and cannot concentrate?
Certain players - such as Topalov - have worn colorful shirts delibarately. But in most tournaments there is some kind of a dress code.
How about way too much of foul aftershave?
I have not experienced that.
You have not been around any player who reeked?
Well, yes, but not like that.
You became the youngest grandmaster in the world at thirteen. That was in Dubai, we have some pictures. You look pretty happy of course, but then you start thinking, "What the hell is Ben Redic Fy Fazan doing here? Where is Ludvig?" Were you frightened?
I do not think it occured to me then.

We asked our readers to submit a question. Here is what Eirik says, "Do you get lot's of women when you play chess? It is not exactly the best sport for getting girls, or am I wrong?" Is he wrong? Do you get a lot of groupies in the chess scene?
No, he is not entirely wrong.
Not entirely, I see. There is room for more! ... How long can a chess game last?
There are time controls, so a game is never longer than seven hours. I have played seven hour gmes a few times in the past. It is very draining. If you lose a seven hours game, you don't want to play chess ever again.
I have heard the world record is 24 hours and 30 minutes?
Yes, but that was back when they still adjourned games.You would play some hours, then go hame dinner, play some more, go home. And start again the next day.
Sounds like abolishing that prrctice was good idea.
Yes, towards the end of the tournament you would have people with more games, others with less, and so on. It is good thing they stopped.
When did you realize you were super good at chess?
I do not think I have ever used those exact words to describe myself.
Well it is about time, you are ranked second in the world!
I started playing later than most of my peers, at about eight or nine. So when I still beat them it gave me hope I can become the best player in Norway.

After the show Golden Goal gave as a present a t-shirt to Carlsen saying, "Watch your lady (queen), I will get her with my tower (and the horse too!)"